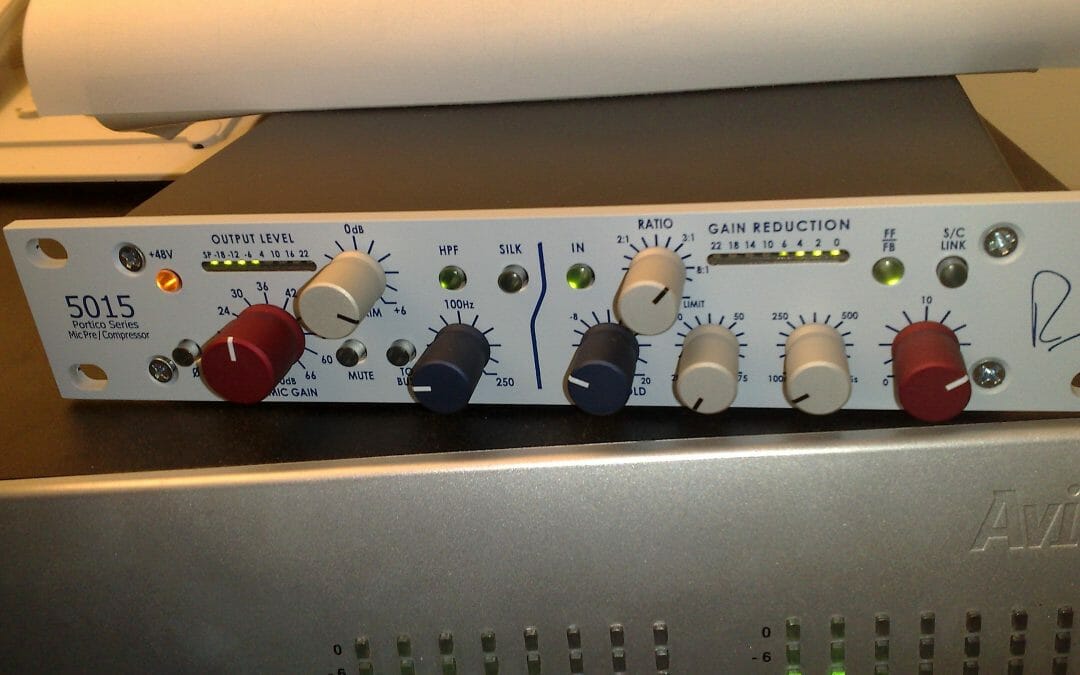 What is a Mic/Line Pre amp? What is it and what does it do? Whats the best Mic/Pre amp to use?

The most essential part of any recording set-up whether it be a big commercial studio to a small bedroom set-up is the mic/line pre amp. The big question people have is why? Well its much easier so say then to understand. Basically a mic/line pre-amp will make the signal louder. It will deliver a cleaner and more accurate sound with more gain, lower noise level, less distortion and more headroom. Resulting in a better sound to record.

Every audio interface that allows you to plug in external devices to mix or record uses some sort of mic/line pre amp i.e. recording desks, mixing desk for decks, etc. But there quality depends on how well they were built and what spec they were built too. In general you get what you pay for. So if you buy a home/semi-pro desk, Alan & Heath, Yamaha, Mackie, etc the odds are that the pre amps are average at best this is due to the cost of manufacturing an affordable mixer for the market. If however you purchased a professional studio mixer SSL, Neve, API, etc If you are lucky enough to own a mixing desk made buy one of these companies then you will not need to invest in mic/line pre amps as you already have the best. How ever studios that do own and use these mixing desks can also have other third party pre amps in there studios, this is not because the pre amps they have are not good enough its because certain pre amps give a certain character of sound. Hence why artists, producers, singer song writers, sound engineers and electrical engineers still debate what is the better sounding pre amp or desk for the studio or in any recording.

How Does a Pre Amp Work?

A mic/line pre-amp insures that the incoming signal is strong enough for processing reducing noise and delivering a clearer cleaner sound. This is achieved by taking the incoming electrical signal which is basically matched for the input of the pre amp (don’t plug a microphone into a line input) and putting it through a process of raising the gain (amperage) When pre amps raise the gain of a signal the initial signal has to be boosted filtered and then reduced/increased to the correct input level for that device. By doing this the noise which is generated by the electrical components (resistors, transistors, chips, capacitors, etc) can be reduced. This is done by electrical inductors which basically are made of giant copper coil or windings. The copper wire used is much thicker than normal wire, this allows for an increase overall in the amperage which boosts the input signal and gives you a clean transparent sound. Please remember that there are different types of pre amps. A guitar pre amp is different to a mic pre amp and if you plug a guitar into a mic pre amp the result general is the sound is muffled or distorted. Always use the correct pre amp for the job. Remember that a pre amp is specific to its signal source.

Do I Need a Pre Amp?

Yes yes and yes. And the reason why should be obvious knowing what they do. If you are trying to get that full professional quality sound this is the way you start. A good mic pre amp can turn a mediocre microphone into a high quality mic buy just running the mic signal through it. I have recorded vocals using a vintage Neumann U87 in a studio that had a soundtracs desk (CM4400) the result was good but when I recorded some backing vocals using only Shure SM57’s but running them through my Neve 1081 pre amps the sound I got was just as good or even better than the recordings with the U87. By the way you should hear my U87 through the Neve pre amps thats another world. Some pre amps are designed to work better with condenser and electric microphones rather than ribbon microphones due to there impedance and output initial level.

Having different makes of mic/line pre amps allows you to choose the type of sound you get from your microphone as these units create there own individual sound. They can be cold or warm, fat or thin, punchier and sharper. It all depends on what sound you want.

Which Pre Amp should I get?| Best Pre Amps UK

Most top end pre amps are quite similar but do differ a bit in colour and character depending on the make. I for one love Neve pre amps but they cost a fortune and SSL do some fine pre amps but also cost a fortune. A good way to start aquirring pre amps at a reasonable price is by investing in a rack. These allow you to buy 1 unit at a time and there easy to set up. Examples are API 500-8B Lunchbox, Rupert Neve R6 500 series, Radial Cube, Lindell Audio Mk 2 500 Frame. There are other manufactures as well. Please remember the lunchbox or frame is only the housing units to place your modules in you still have to buy the individual units. The frames can cost from £160 to £500 depending on size and manufacturer. The individual units can cost from £120 to £475 again depending what type of module and make. If this is still out of your reach theres still another way to get good mic/line pre amps. Buying second hand older channel strips such as Focusrite UAD, etc can get you some good sounding pre amps to use.

A friend of mine asked me the question “Should I buy a quality Mic/Line pre amp to improve my recording or should I get a better mixing desk or interface”? My reply was you could buy a better interface or mixing desk but if your initial sound produced by a voice or instrument is not of high quality what was the point. You would just be recording a poor sound. He bought 1 Neve pre amp and a lunchbox to stick it in coasting just over £400. After 3 weeks of recording with it I spoke to him and this is what he said. “At first I couldn’t hear any difference to my recordings. To me it sounded more or less the same but as I started to record more audio on top (multi-tracking) I could definitely hear that my recordings were much clearer and also had more body or character when compared to tracks I’d recorded without using the pre amps”.

I wish there was a cheaper way round this but there is not. If you want a good quality signal then you need good quality pre amps. But hopefully I’ve helped you making some sense of what they do and why they are so important in the recording process and if you had doubts on wether you should buy one you now know YOU MUST.