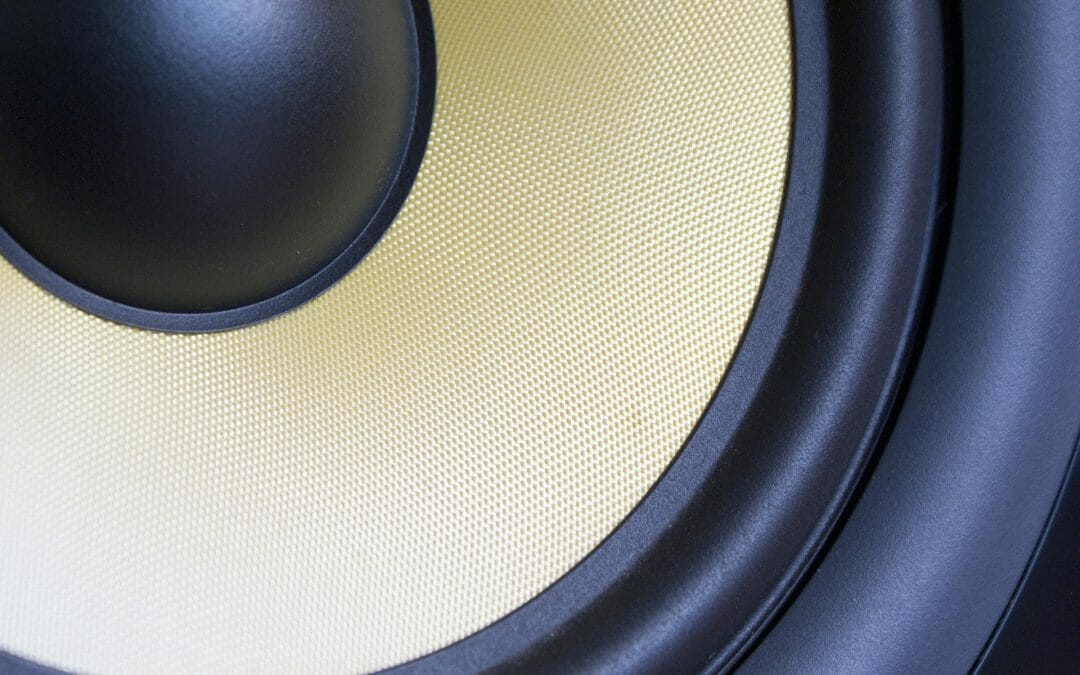 Before we start you have to realise that everyone has a slightly different way of hearing sound due to the nature that we are all made slightly different). The difference is so slight that the majority of human beings don’t notice the difference. We can’t compare our hearing response to someone else due to individual interpretation, so in general we sense the same sound overall and don’t think about it.

In reality when trying to choose your studio speakers you will focus and scrutinise on the sound produced by the monitors. That’s when the difference comes into play. Everyone will have a different response to the sound and how they hear it. Very minor but enough to have a different opinion.

Many people, when starting to build their own studios, buy monitors that someone else has recommended to them rather than going to browse and test lots of monitors out for themselves. Also people tend not to check the specifications to see if the monitors suit their studio space. And if they do they tend not to understand some of the specs listed so already you are on the back foot.

Our advice is learn to understand as much as possible, because it does allow you to hear and assess sound better. When choosing your speakers you MUST take in to account the size and volume of your studio first. Then find out what the walls and floor are constructed of. You may put up walls with rockwool and 9mm plaster boards to sound proof and acoustically treat the room but lower frequencies will find their way through unless you build a wall that’s at least 0.5m thick and been constructed properly which in most cases would make the room so small you couldn’t work in it. (And cost a fortune).

What is the Right Studio Monitor For Me?:-

Most high profile major studios around the world differ with their personal choices of monitors for their studios. The one thing they do have in common is that they cost the earth! Saying that there actually is a set of monitors that 90% of all professional studios have and use, its Yamaha NS10’s (not made anymore) but still sold second hand starting from £600 up to £1100. I have seen them cheaper on Ebay £300 but the majority of them have the original tweeters released with those particular models that should be replaced with the original upgrade or if you do buy you can shove some tissue paper over them to reduce the tops just like the big studios did in the 80s. Also there imported from Japan which can cause problems especially with import duties and no way to return quickly if they are faulty. BEWARE certain models were designed to use as Hi Fi speakers not studio speakers. Plus I must say they sound shit. Then why are they so popular? Because they have the greatest spacing to allow you to mix so if it sounds good on your NS10s then then it will sound brilliant as a mix.

The reverb time for a classical control room should be 0.47 sec and for electronically produced music 0.45 sec. I hear you saying “no they don’t they should be flat and dead so you can hear the sound produced by the speakers and not the room”. Correct apart from the room being dead. A dead sounding room means no reverb and that means no reflecting sound. This means you can only hear the sound produced by the speaker and as you know this should only be used to test the response and sound generated by speakers or machinery to see the true response of the speaker (object) that’s being tested and assessed for its own specifications. Every studio control room should be able to breath meaning allowing the air in the room to move freely this allows the movement of the speakers to work smoothly without any frequency cancellation.

Sorry I digress that again is another subject which is so vast and full of formulae and is a science in its self. Another time?

So what Monitor Should I Buy?

The monitor you should buy should be the one that does the most for you. If you’re using your monitors to set up a sound to record then small near-field monitors are not the answer for you. You should be looking at mid-field monitors due to the fact that they give a fuller bass sound and allow you to create a more accurate reproduction of the sound you are trying to record.

Near-field monitors lack the ability to produce a decent bass sound that is accurate to record. They are great for mixing but not recording and that is industry standard. Far field monitors are used only in large studios where they can give a full loud playback due to the size and treatment of the room. So start by looking for some good mid field monitors. You can buy some near field monitors later first you want to be able to record and mix.

Monitors are used for close field monitoring which means that the sweet spot for the speakers will generally be 1 metre away so you can mix your track easily while sitting at your desk. They are usually not very powerful as they don’t need to be and are used to mix not record music. The reason that near field monitors are good to mix with is because of the low volumes needed to drive them. Near field speakers are designed to produce sound that reproduces most of the frequency range at low volumes. This is good for your sound perception and placement plus you don’t go deaf and can concentrate and work for longer. Also the sound is not affected by the room as much as mid field or far field monitors. As for the low end with these monitors that’s a different story. Most near field monitors have a bass response that only goes to 50 Hz -75 Hz no lower. This is due to their size and if you start trying to adjust the bass it will NOT represent anything like you want. Its false.

Mid-field monitors are bigger than near-fields and produce a much more accurate bass sound due to their size and because of this all the sound you want to record is produced more accurately as you can use your E.Q knowing that what you adjust is a true representative of the sound your trying to record. This can’t be done with near field monitors because of the bass response. Please remember that all sounds produce harmonics that run throughout the frequency range so you need your speakers to produce frequency’s down to 20Hz so you can fully hear the true sound produced from vocals, musical instruments and any generated sound you want to capture. Mid field monitors should be placed on stands behind the desk or console. They can be set at a distance of 2 – 4 metres away. Mid-field monitors work well in larger, acoustically treated rooms but are likely to create you more acoustical problems in smaller untreated rooms. So please insure the room is big enough for your mid fields. If it’s not then you have to find a bigger room there is no getting round this due to the physics of sound. Head phones are more accurate than near field monitors

Far field monitors, on the other hand, generally have larger drivers and are usually mounted in the wall of the studio. They are set up further away from the listener (around 10 feet away) and need a large studio/control room to operate properly. Far fields allow the sound to be heard throughout the room, taking advantage of room acoustics to produce the sound. Only buy far fields if you have a large properly treated studio/control room. Oh and by the way they cost a fortune. I have looked at a pair that would have cost me £25,000.

Now I could go on and on like every other article on monitors does but that makes no sense. There is NO right speaker until you find it and here’s the Laws of decision you have to use.

I could list a lot more than the above but if you just use those questions you shouldn’t go wrong. I am not going to recommend to you what speakers to buy because that would not help at all. You have to choose using your own hearing and brains. Remember it’s the way you hear sound not how someone else does, for instance I don’t get along with Genelecs. I hate them but people I know in the industry swear by them and produce really good sound, so what do I know. I know the sound I want and that’s more important than what your friend recommends or a fancy brand. So go forth and develop your hearing and chose the right speaker for you.